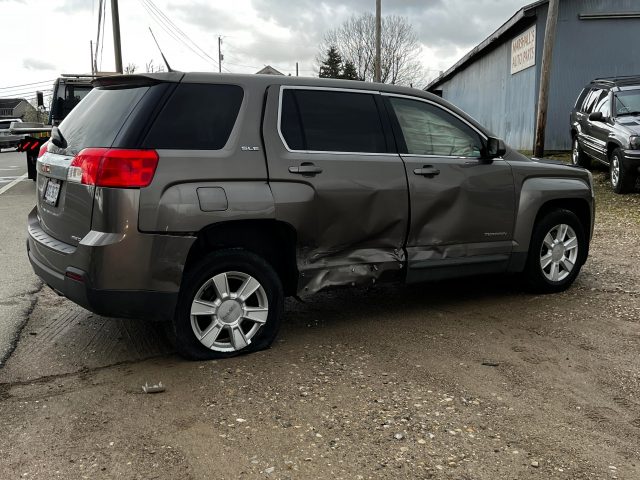 PICKAWAY -A two-vehicle crash has occured in the area of 1091 SR 56 just outside of Circleville around 4:48 pm

Update: According to Pickaway County Sheriffs’ office the Toyota Avalon was heading Westbound on 56 when it lost control around the bend and crossed over the middle line, the GMC Terrain attempted to swerve out of the way of the vehicle in her lane and was side struck.

The woman in the GMC was hurt and transferred to Berger Hospital, the driver and occupants of the Avalon were unhurt and drove the car home.

The Eastbound lane was shut down for about 30 minutes