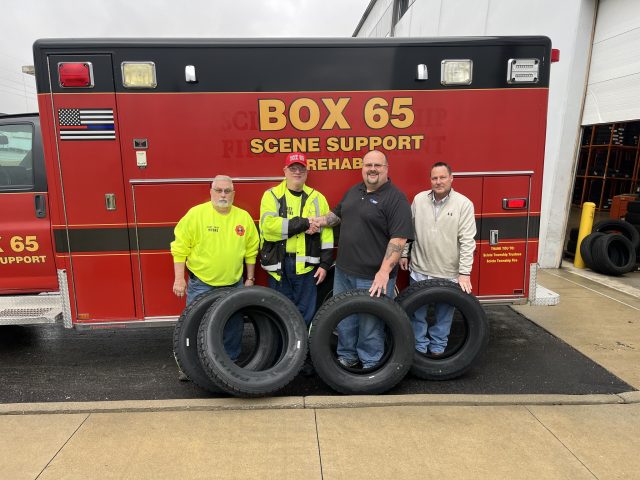 CIRCLEVILLE – Box 65 is a non-profit Scene Support Unit that consists of a all Volunteers unit. The unit supports the first responders in Pickaway and adjoining Counties during times of emergencies.

Recently the unit reported that they were in need of new tires for one of their units. The cost around 1,200 dollars.

In 2022 they responded to 48 calls, within the area, all nonprofit, without any monies that come from Taxpayers. Several fire departments have mentioned how much aid comes from having Box65 on the scene and that they are called almost immediately when a significant event occurs.

National tire and battery contacted the department this week and according to Mark Adkins Chief, it was Dustin Arledge that got the ball rolling to provide them with the donation.