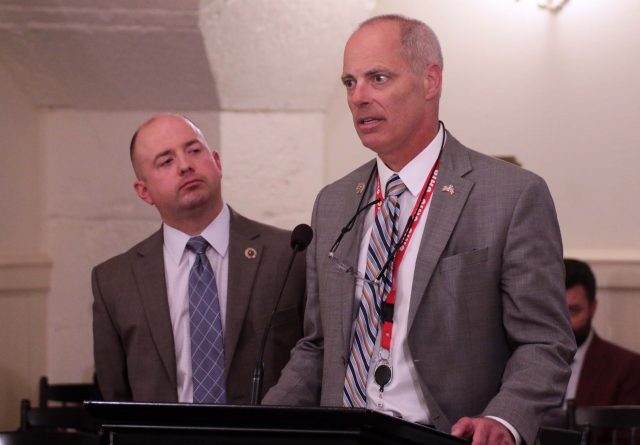 “So many families across Ohio have tragically been touched by alcohol-related sexual assault or alcohol-related accidents, and it’s time to do something about it,” said Bird. “This is smart, simple legislation that will protect children in Ohio from adults who recklessly provide alcohol to them.”

Bird noted that, according to the Center for Disease Control, underage drinking is responsible for roughly 3,500 deaths annually. Furthermore, the National Institute on Alcohol Abuse and Alcoholism reported that an estimated 50% of sexual assault in our country involves the use of alcohol by the perpetrator, victim or both.

“The ‘knowingly’ standard is very high, and parents know it. And so they stock the fridge with beer, unlock the liquor cabinet, collect car keys so the kids won’t drink and drive, and then turn a blind eye to what is happening in their basement,” said Stewart. “The recklessness of irresponsible parents is hurting Ohio children, and House Bill 418 would allow that recklessness to have consequences.”

Stewart also noted that H.B. 418 does not create any new crimes, it does not enhance any criminal penalties and it does nothing to require any prosecutor to bring criminal charges where the prosecutor believes charges are not warranted based on the totality of the circumstances.