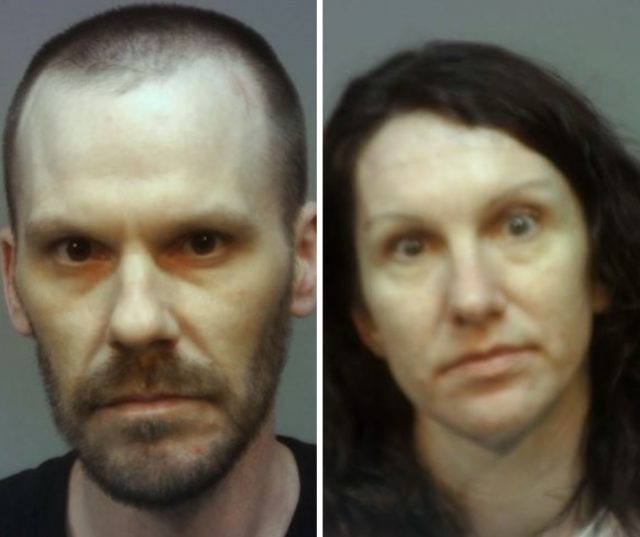 On June 6, 2022, Agents with the Southeast Major Crimes Task Force and Deputies with the Athens County Sheriff’s Office conducted a knock and talk operation at the Days Inn in the City of Athens. This operation was part of an investigation into drug trafficking. The targets of the operation were Joshua Schall, age 36 of Guysville and Ashley Meeks, age 35 of Coolville. Both Schall and Meeks had active felony warrants for their arrest issued by Athens County.
Units arrived at the Days Inn and obtained consent to search from the renter of the hotel room. When units entered the room, Schall and Meeks were located. Schall had a syringe full of suspected narcotics in his hand at the time he was located. Units seized suspected fentanyl and other drug related evidence as part of the investigation.
“Both Schall and Meeks were transported the Southeastern Ohio Regional Jail on their warrants.” stated Sheriff Rodney Smith. “The suspected narcotics will be sent to the Ohio Bureau of Criminal Investigation laboratory for analysis. Additional charges will be presented to an Athens County Grand Jury pending the lab results.”
The Southeast Major Crimes Task Force is part of Ohio Attorney General Dave Yost’s Organized Crime Investigation Commission and is comprised of representatives of the Washington, Morgan, Noble, Monroe, Meigs, and Athens County Sheriff’s Offices; the Marietta, Belpre, Middleport, and McConnelsville Police Departments; the Washington, Morgan, Noble, Monroe, Meigs, and Athens County Prosecutor’s Offices; and the Ohio Bureau of Criminal Investigation.