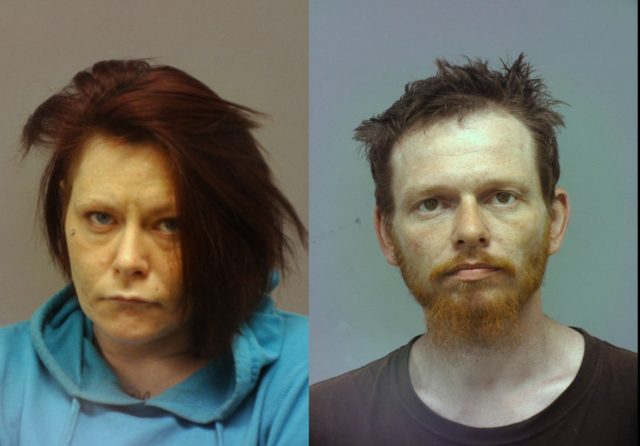 Athens County OH- Deputies conducted a traffic stop in reference to a vehicle blocking the roadway.

Deputies made contact with the 4 subjects in the vehicle who stated they were parking, but they were advised that they could not block the roadway.

After making contact with the subjects one attempted to walk off when all subjects were asked to exit the vehicle after criminal indicators were observed. Two of the four subjects had active warrants for their arrest.

When deputies attempted to place a, George Cloud III, under arrest he fled on foot. A foot chase ensued and a successful taser deployment occurred and Cloud III was placed under arrest.

George Cloud III was transported to the SEORJ for his active warrants and will have pending charges.

Natalie Miller the driver of the vehicle also had multiple warrants out of Logan PD and Lancaster PD, and she was transported to the SEORJ as well.