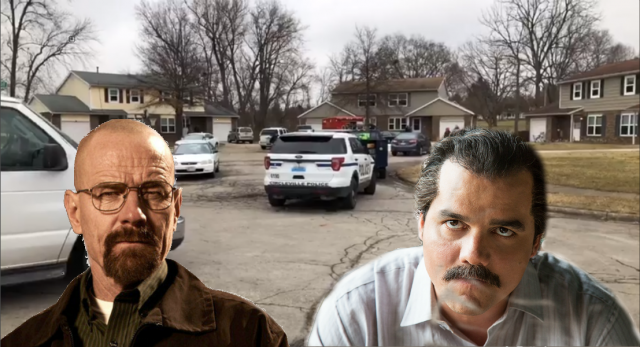 Coming on the heels of multiple raids throughout Pickaway and Ross Counties, some drug dealers are looking towards the stars to help improve their local business.

“We lost like, half a dozen houses in the past few months thanks to the cops and concerned citizens, so we had to think outside of the box to get things back to normal” said one anonymous drug dealer.

The locations of the celebrities are TBA – to be announced, but we have already received a star-studded list of junkies, dealers, and producers that are said to be in the county and area for one night only.

Headlining the event is Walter, a chemistry aficionado from New Mexico, who is known for blue colored products, and may be offering instructional courses on how to fight cancer with alternative, drug-laced medicines.

Other people at the event may include other celebrities such as Pablo, a wealthy Colombian, who evaded police capture for many years, and may be giving a Ted-X talk on the logistics of pharmaceuticals.

Other guest stars, such as Walter’s best friend Jesse are rumored to make an appearance, but could not be confirmed.