PREBLE COUNTY – “We had no idea what awaited us lurking in the shadows as we went down to play in Bantas Creek.
The kids were splashing and having a great time. I came down the sand bar on the other side of the bridge with my oldest son. We had only been in the water a few minutes.
Then Sean, Ben, and Lauren got our attention from the bridge.
Something dark was coming toward us,” Said Rich Denius of Hilltop Equestrian Center.

That something was a seven foot alligator swimming in the small creek water body and according to Denius it was coming for them. 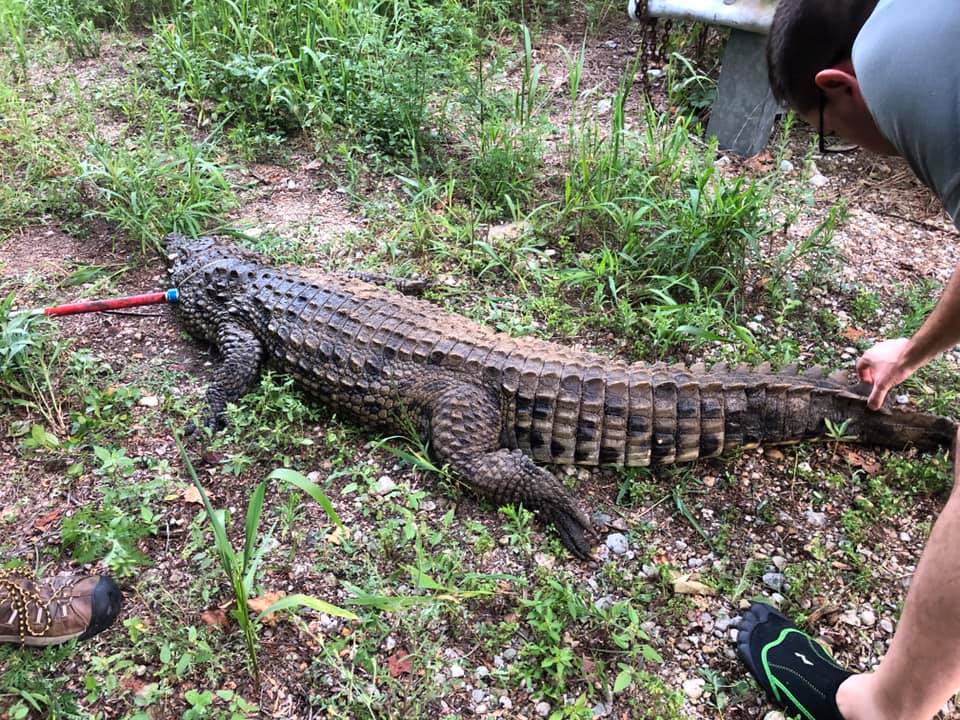 Jeff contacted the local Game Warden, Wildlife Officer Brad Turner, and asked a few of the kids he was with to keep a eye on the gator to make sure it didn’t go out of sight. Shortly after the game warden arrived the officer dispatched the gator and removed it.

This alligator was likely a “pet” carelessly released into the wild, and not a invasive species.