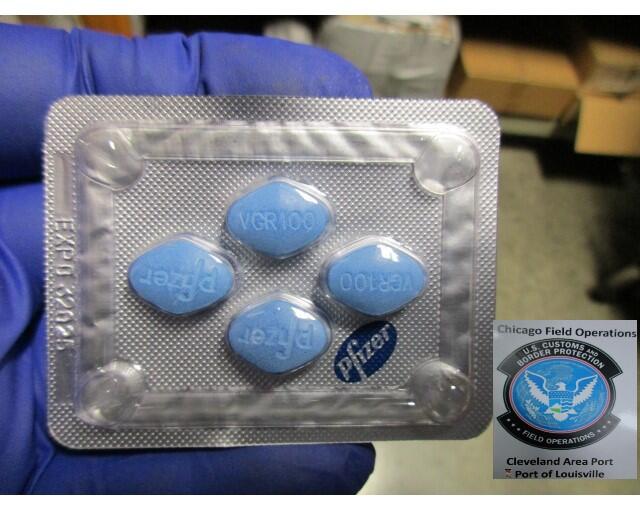 LOUISVILLE, Ky—On Tuesday, September 21, U.S. Customs and Border Protection (CBP) officers in Louisville seized a shipment containing 4,780 unapproved Viagra pills and 2,000 unapproved Cialis pills. The shipment was arriving from Hong Kong and headed to an individual in Montreal, Quebec Canada. If genuine, and approved by the FDA, the pills would have had an estimated manufacturer’s suggested retail price (MSRP) of more than $460,000.

“Our officers are dedicated to identifying and intercepting these types of shipments that could potentially harm our communities,” said LaFonda Sutton-Burke, Director, Field Operation, Chicago Field Office. “Consumers do not realize the risk they are taking when using prescription drugs from other countries. These non-regulated drugs could cause health concerns or even death.”

E-commerce has expanded foreign sellers’ market access to the United States. However, these sellers may not have all pertinent information to comply with U.S. admissibility law. As buying habits change and more products are purchased online, it is critical for consumers to be aware of the dangers and complications involved in ordering products such as medication through online sellers. These medications can be improperly produced without pharmacological specifications and safeguards that ensure the protection of human health. Prescription medications manufactured in non-regulated foreign companies often contain dangerous contaminants or ineffective compounds, and though their packaging and labeling can be similar to genuine products, inconsistent ingredients and sub-par quality controls can endanger the consumer.

“CBP works closely with FDA and other partner agencies to effect this mission and make sure controlled substances with unknown additives or inferior standards do not make their way into American households,” said Louisville Port Director Thomas Mahn.

The FDA recommends that consumers talk to their health care professional about their condition and consider buying prescription medications from state-licensed pharmacies in the U.S.