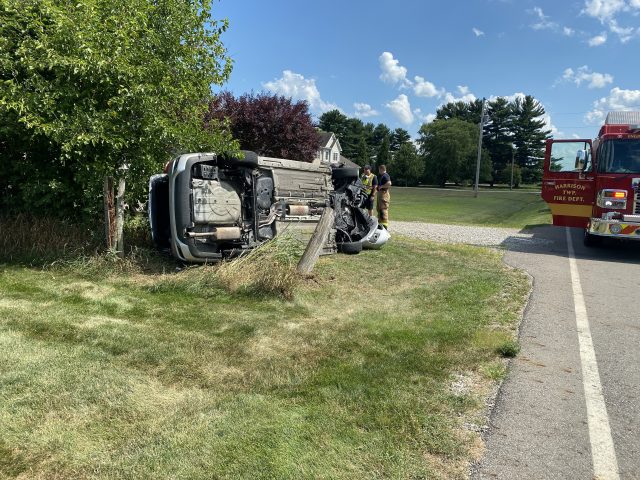 Pickaway – One person was transported to the hospital after a one vehicle crash in Pickaway County. 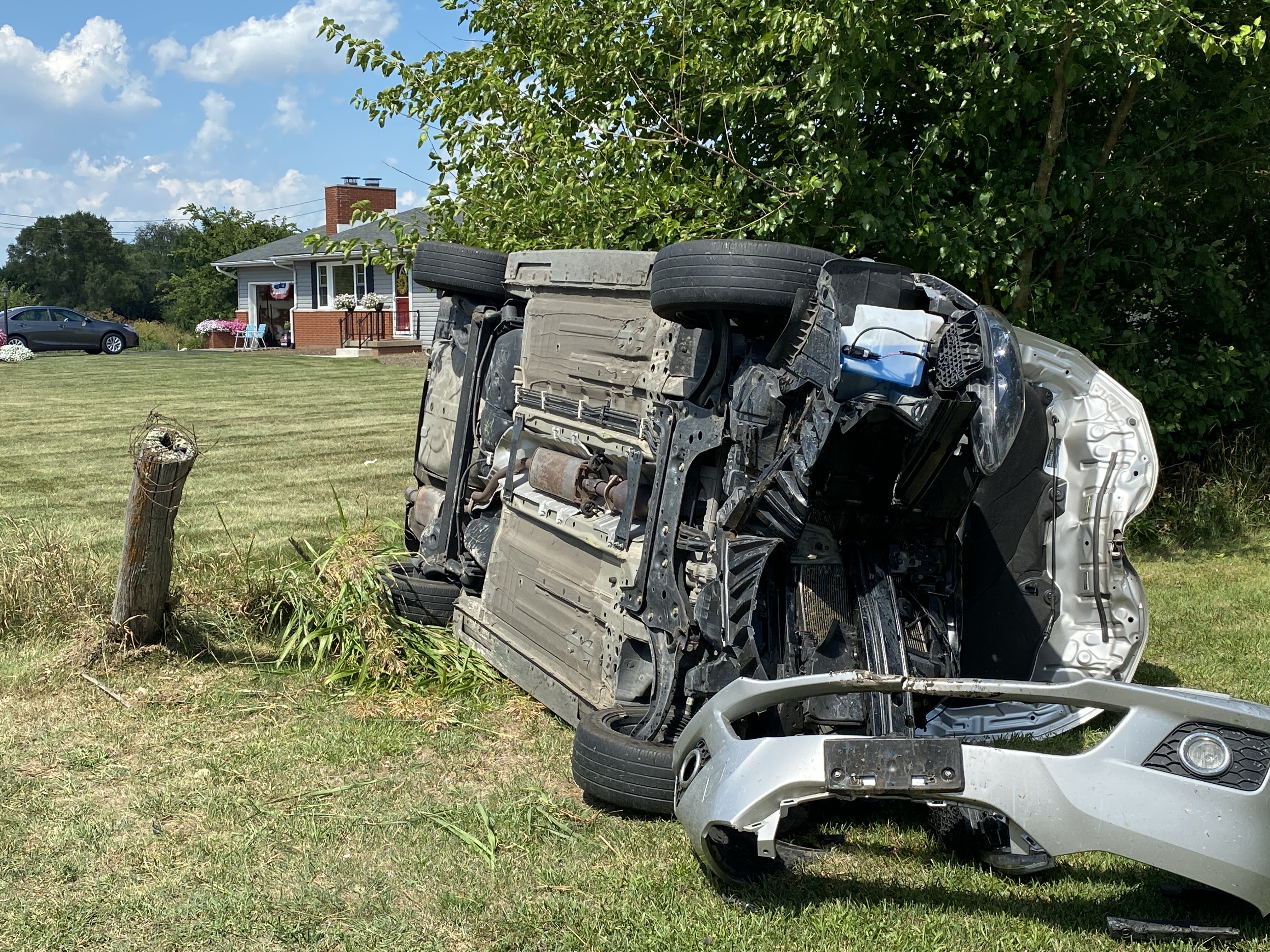 According to Pickaway Deputy on scene the driver of a silver Nissan Sentra was heading southbound on Walnut Creek Pike when the driver lost control of the vehicle hit a ditch then a old farm pole that overturned the car into the property located at 14028 Walnut Creek road. 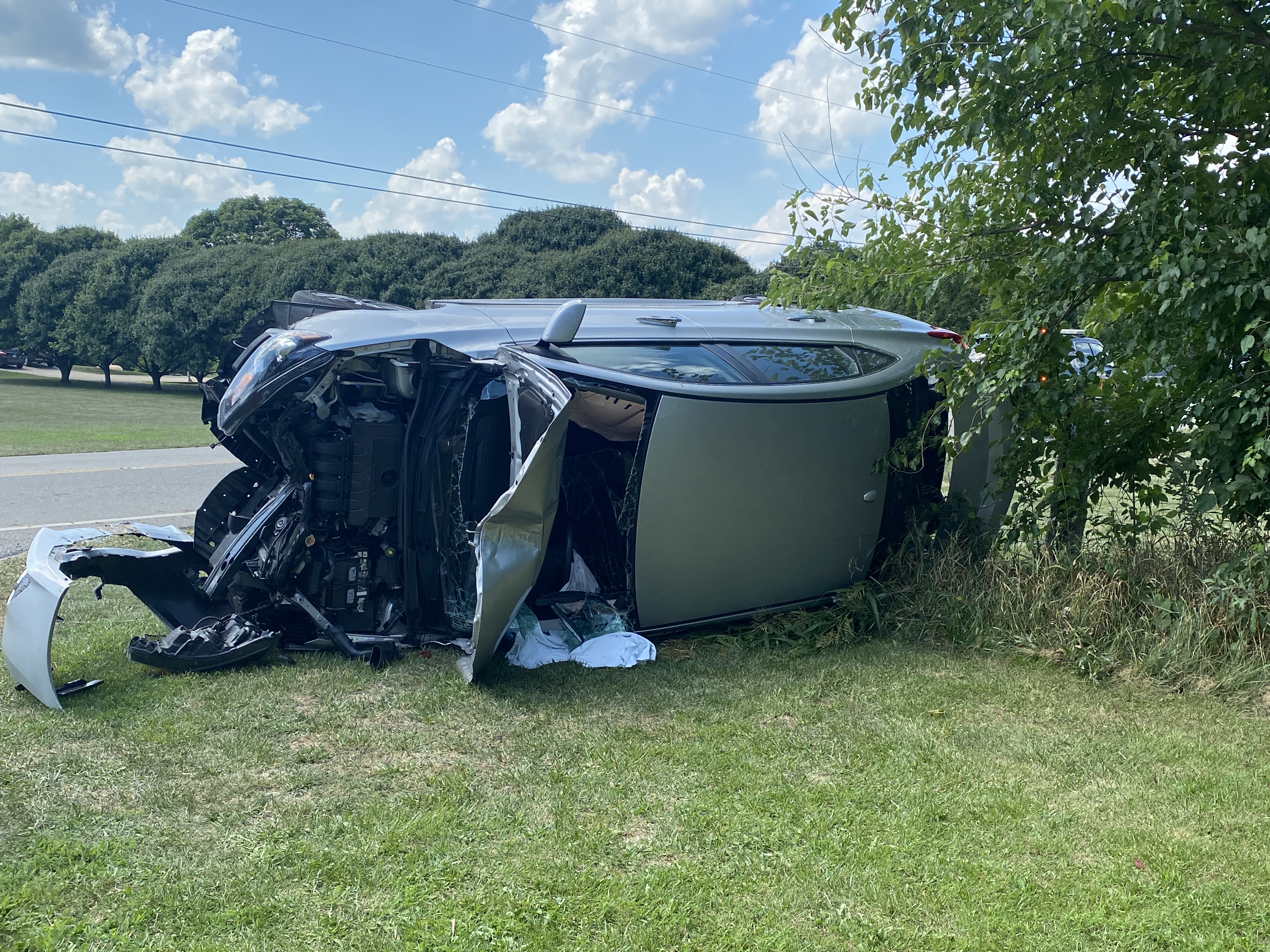 First responders from Harrison township and Circleville responded and had to cut the windshield out of the vehicle to remove the driver. He was transported to Berger with injuries.

According to a witness on the scene who late driver she said that he has been working a lot of overtime lately and may have fallen asleep.

Sheriff on scene said there was no suspicion of impairment. 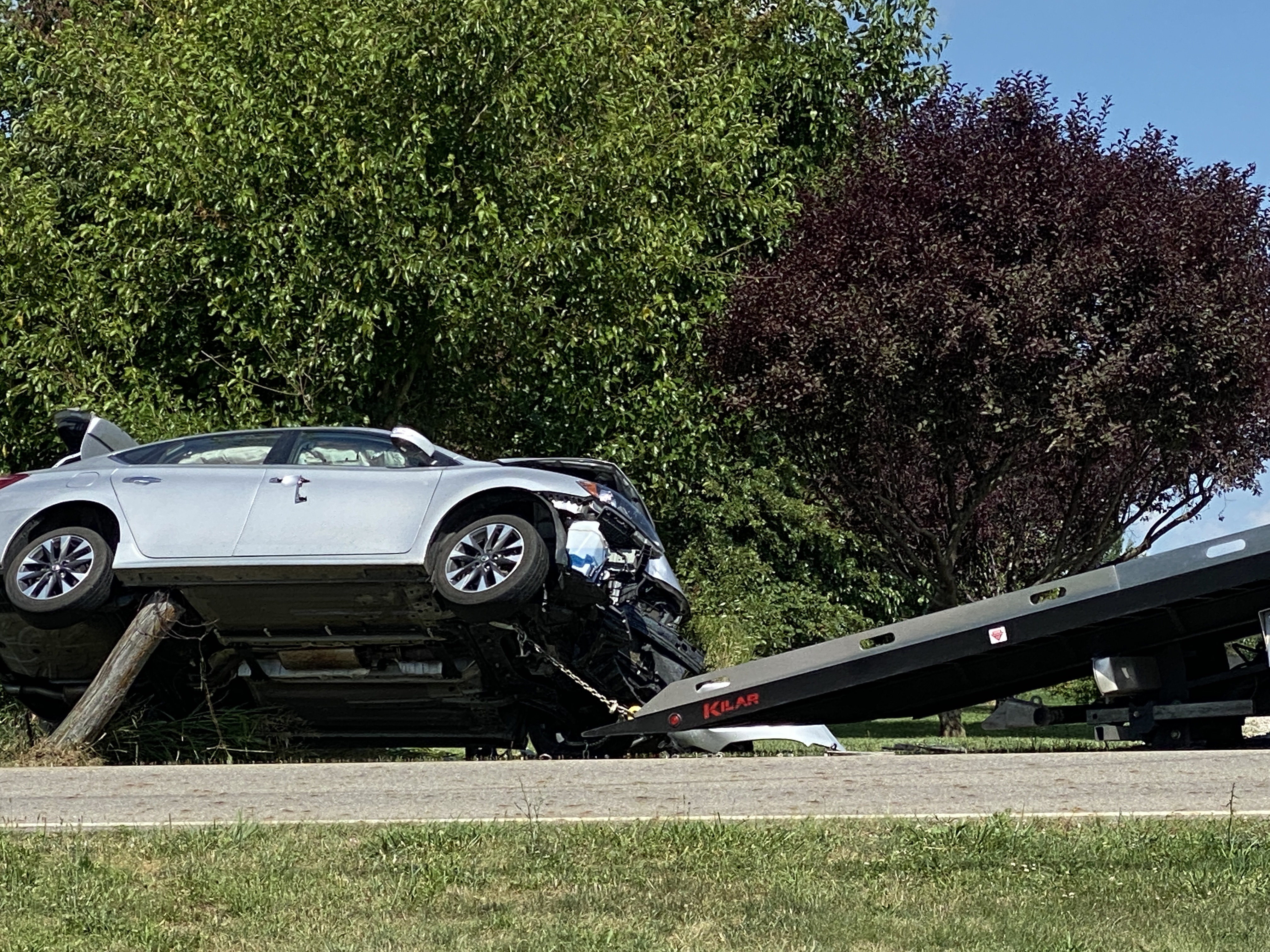 The wooden post that upended the vehicle stood strong against the high speed crash even though its estimated age was about 80 years and had a rotten core. This was also just as impressive when the tow truck driver pulled the car back into the ancient post to remove the car from its resting spot and it still held true.