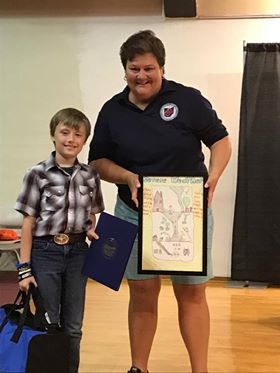 Jacob Brown, 2nd Grader at Washington Elementary has brought home a statewide award from the Ohio Committee for Severe Weather Awareness. In February of this year, the OCSWA hosted a poster contest throughout the state for all Ohio grade school students.

Jacob’s drawing, depicting both a tornado’s fury and advising people “When you are outside and a storm is near…. Get to your safe space until the coast is clear!” caught the eye of judges, who awarded him Ohio’s top honors. 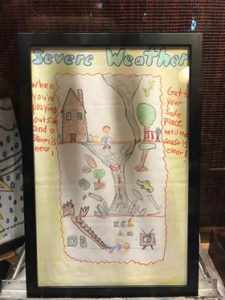 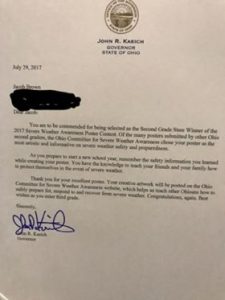 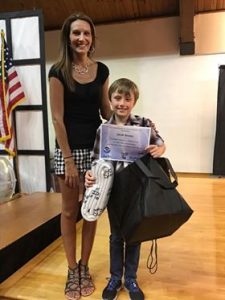 Jacob, just finishing up second grade, was the regional winner of the award, which allowed him to attend the Ohio State Fair for the statewide ceremony, selection winners in each grade. His family was pleasantly surprised when Jacob took home the all-state honors, which entitled him to a certificate, a letter from Governor Kaisch, as well as prizes for being both the regional and statewide winner.

It isn’t just Jacob that is getting something – according to the OCSWA, Washington Elementary will be host to a “Traveling Trophy” presented by the weather committee, in recognition of Jacob’s hard work and dedication.

The Scioto Post has reached out to Jacob’s family in recognition of his award, and is planning to have him host an inaugural “Pickaway Weather Forecast” video from the Scioto Post Media Center, which is nearly completed.