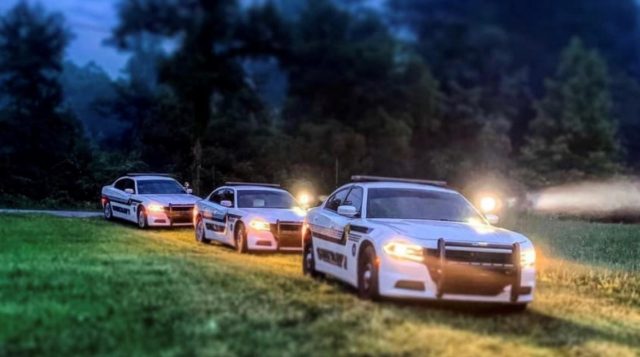 According to Laurel County Sheriff’s office, they were dispatched via 911 to observe for a silver-colored Toyota passenger car that was allegedly traveling through the construction area north of London Kentucky– the vehicle was reported traveling southbound. The complainant was behind the vehicle and noticed a female passenger in the vehicle making hand gestures that are known on. the social media platform “Tik Tok” to represent violence at home – I need help – domestic violence. The complainant advised 911 that the female appeared to be in distress. In addition, the complainant noted that the vehicle was being driven by a male subject.

As the vehicle traveled southbound on I–75 the complainant continued to follow the vehicle giving Laurel 911 dispatch updates on the suspect’s vehicle’s location. Laurel Sheriff’s investigators positioned themselves at exit 41 at London to observe for the suspect vehicle and were advised by the complainant that the vehicle was exiting the interstate at exit 41. As the suspect vehicle exited Laurel Sheriff’s detectives and deputies conducted a traffic stop on the Toyota passenger car and conducted an investigation on its occupants.

It was learned through investigation that the female passenger was a reported missing juvenile – reported by her parents on Tuesday morning missing from Asheville, North Carolina. A check through NCIC confirmed that she was a reported missing person. The female juvenile told Sheriff’s investigators that she had gotten with the male subject and traveled through North Carolina, Tennessee, Kentucky, and into Ohio where the accused had relatives. When the male subject’s relatives realized that the female in his custody was underage and reported missing, the accused left Ohio traveling southbound and the female juvenile then began attempting to get motorists’ attention to call 911.

During the investigation deputies also located a phone in the accused possession that allegedly portrayed a juvenile female in a sexual manner. James Herbert Brick was charged with unlawful imprisonment – first-degree; possession of matter sex performance by a minor over the age of 12 but under age 18 – first offense. This individual was lodged in the Laurel County correctional center.