PIKE COUNTY – At the request of members of the Rhoden family, the Ohio Attorney General’s Office released today a video message from Geneva Rhoden and Teresa Grebing, who are pleading for information that could assist in the investigation into the murders of their loved ones.

Eight members of the Rhoden, Gilley, and Manley families were found dead on April 22, 2016.

Both Geneva and Teresa loved Clarence “Frankie” Rhoden’s fiancé, Hannah Gilley, and welcomed her to the Rhoden family.

Southern Ohio Crime Stoppers will pay reward money for information leading to an arrest and conviction in the Rhoden/Gilley/Manley murders.

To make a donation to the reward fund, make a check out to Southern Ohio Crime Stoppers.

In the memo line, indicate your donation is for the Rhoden/Gilley/Manley murders. 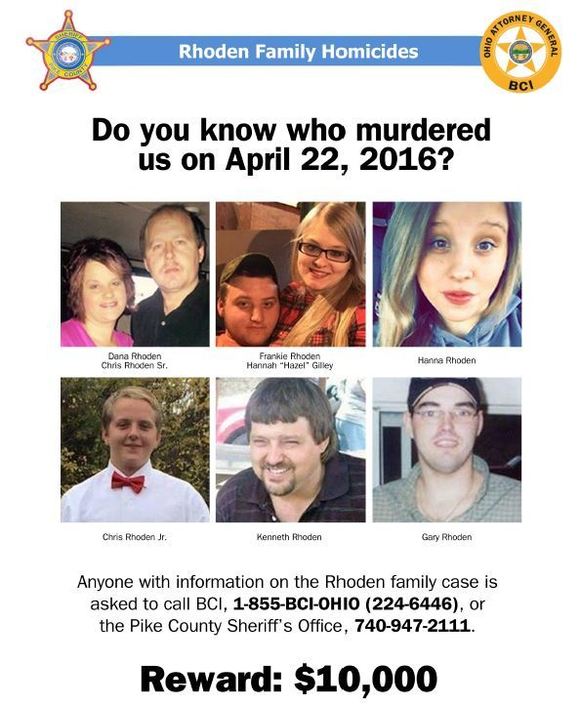